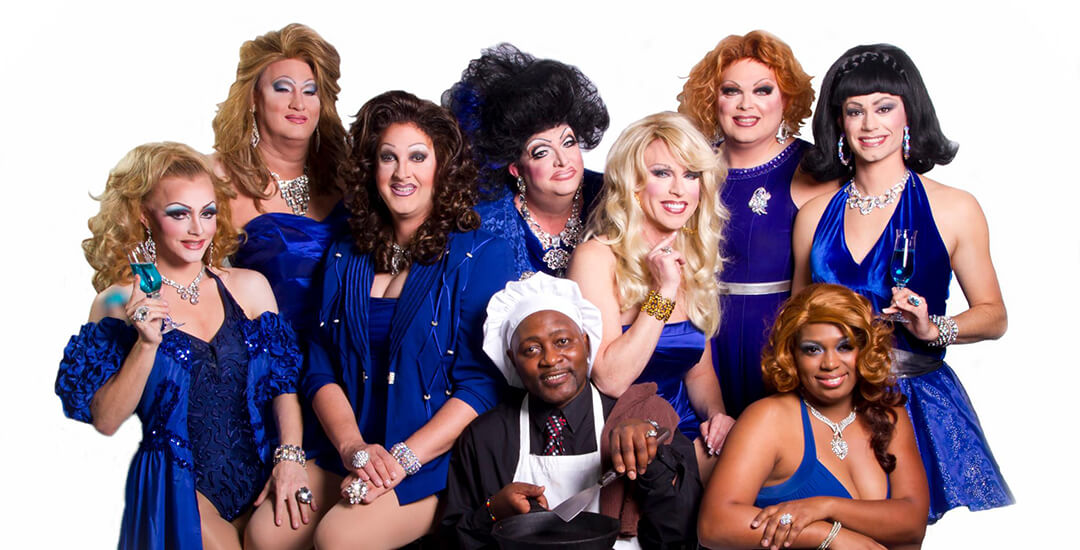 We had rented the Evergreen Theatre and were planning to create another drag show, but we began to talk about how much we liked the space and how we could do something a little different from the standard drag revue show. The Evergreen had such a feeling of home to us and has a long history with Memphis’s LGBT community.

What if we created some characters and have the parts played by drag performers and include drag performances? A “drag musical” of sorts. Board member Mark Campbell put together an outline featuring a group of misfit drag performers who are displaced when their bar is mysteriously burned down. After that initial meeting, we began to shape the story and develop a script. We needed a cast, crew, and performers which we put together in six weeks.

This project began our transition from event planning to a theatre company. We realized how much fun it was to put our creative energy in these new characters and discovering their stories.

The original George’s Truck Stop and Drag Bar opened at Evergreen Theatre in 2012.

What a great cast. Thanks for making me laugh so much. Perfect night! Ray Rico

You all did a great job last night! I really enjoyed the show!! LaToya Wilson

I had a freakin’ fantastic time last night. Laughed so hard. Enjoyed the music selections. Wish you guys sold CDs of the soundtrack! Great job everyone. I may just have to go again tonight. Charles Fowler

After the success of the initial run, we decided to continue our path towards theatre production and became a junior company member at Theatreworks. Friend of George’s Theatre Company is now a resident company at the historic Evergreen Theatre in Memphis, TN and is part of the Theatreworks consortium of companies.

We are an official 501(c)(3) non-profit organization and our events benefit various other non-profit agencies in the Mid-South that work for community.